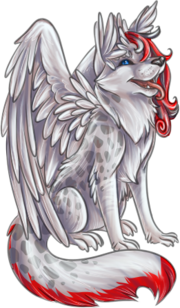 Balloon Pop - Throw darts at balloons to win a prize! Balloon Pop is very simple game where you throw darts at a balloon and you win the prize that's in the balloon, similar to a game a festival or carnival. It's a simple click and receive game just like Fish-a-Waja. Regular users are allotted 3 plays per wajas day at 5,000 WC each, while upgraded users can play 5 times a day for 4,000 WC each!

Along with random amounts of WC, the following are items you can win!

On January 30th, RocketDave announced that the new game was available on the site, but the NPC needed some help. The NPC said they needed some help raising funds for the game! Users needed to help raise a total of 150,000,000 WC and donate 10,000 items for the game to unlock. The site got together and unlocked the goal within less than 4 hours as it was available in the small hours of January 31st.

Occasionally the NPC will ask for help to replenish the funds for the game and reward the contributors with neat items. Each contributor will get along with the announced items the Achievements Balloon Pop Fan, earning them a trophy for their profile. You will only get the trophy once, so if you donated in a past fundraiser you will not get another trophy.